Welcome to the website of Mediating Science and Technology, one of the signature areas of the Faculty of Arts, University of Alberta!

On this site you find information about this Faculty of Arts Signature Area, announcements, descriptions of coming events, directories of researchers working in the six thematic areas, and contact information for the Directors and Advisory Board. (Some sections are still under construction.)

Marko Zivkovic selected as new director of Science, Technology, and Society Program at the University of Alberta 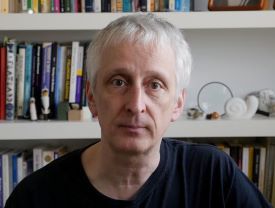 One of the MST Directors, Marko Zivkovic, has taken over as the new Program Coordinator for the Science, Technology and Society Program (STS) in the Media and Technology Studies  STS is the place where science and technology are examined with the tools of philosophy, history, sociology, anthropology and cultural studies. It equips students to understand where science and technology come from, how they changed over time, how they are embedded in society, and how they in turn affect it. In STS students inspect what scientists do, and how this sometimes differs from they say they do. They pay attention to how science and technology promote themselves and how society accepts or rejects them. As the current pandemic has amply shown already, whether the public at large trusts or mistrusts science can have grave consequences. Not only is STS by nature interdisciplinary, but one of its explicit missions is to examine the nature of disciplines and how they interact. With that knowledge students learn how to understand a variety of disciplines so that they can cross their boundaries and build bridges among them.

STS at U of Alberta is already 26 years old and has particular strengths in History, Philosophy and Anthropology of Science. Compared to similar programs elsewhere, the University of Alberta STS program is, to an unusual degree, drawing on art and design, literature, film and media studies, as well as research-creation, thus bringing together not only the mainstay disciplines comprising STS, but the full complement of humanities to bear on science and technology. STS recently also became a beneficiary of the rich overlap and collaboration among the newly established Faculty of Arts Signature Areas, especially with Mediating Science and Technology with which it shares core aims and constituencies.

Marko is formally trained in clinical psychology (Belgrade University) and social-cultural anthropology (The University of Chicago). He was lead to philosophy and sociology of science by his recent research into the dialogue between art and neuroscience and their illuminating failures. His long-standing interest in Japan and China inclines him to bring a larger East-West comparative perspective to the studies of science and technology. These switches from West to East, psychology to anthropology,  his native Yugoslavia to USA to Canada (with a year in Japan in-between), and between art and science have created in him a predilection for jumping among worlds and perspectives. What he brings to STS is a particular sensitivity to disciplines and interdisciplinarity. He is, however, wary of taking the interdisciplinarity talk facilely; rather, he is intensely interested in the resilience and relevance of established disciplines and the very real difficulties in their mutual relationships. He sees both anthropology and STS as training in the acrobatic skill in jumping among different worlds, be it actual cultures, epistemic communities, or fields of expertise – the kind of training that produces experts in misunderstanding. He is currently working on a book about the “elastic rigour,” or “modalities of flexible inquiry across arts and sciences.”

For more about the STS program, visit https://www.ualberta.ca/media-technology-studies/programs/science-technology-and-society/index.html

Listening to the Night: eavesdropping on communication in wild bats and mice 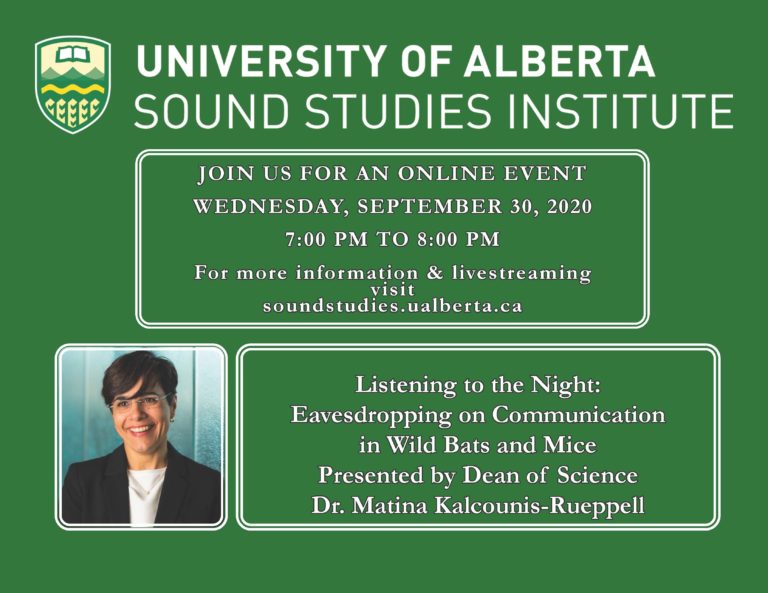 View the event as a live stream on YouTube: (link coming soon)
Join the event on Zoom: ualberta-ca.zoom.us/j/92750243936?pwd=bm51cytQMlFqVTg4dlU4dm4yWmphUT09

The Technological Sublime: An Ink Painter and a Coal Mine in 1960s China

In this online lecture, Claypool explores paintings of a mountain dissected into terraces by rails, wires, and excavators (described by the artist Fu Baoshi as a 'naked mountain'), focusing on the question of how to paint a mountain as it was being exposed to and was disappearing from view. Such a conundrum asks us to reflect on the poetic and scientific realms of lived experience to which art can only gesture. The lecture considers the question: Just what does the painting of a coal mine reveal about the nature of Fu’s encounter with what is hidden beneath a rocky surface – and the technology above it that gets us there? Are there ecocritical lessons we can learn from the artist’s reconciliation of what he calls 'visual excavation' and ink painting through the technological sublime?

This year marks the 75th anniversary of the end of World War II. To promote the awareness of global peace and non-proliferation, the Prince Takamado Japan Centre (PTCJ) has launched the collaborative book between Canadian and Japanese scholars, HIROSHIMA-75: Nuclear Issues in Global Contexts, edited by Aya Fujiwara (PTCJ Director) and David Marples (History and Classics).